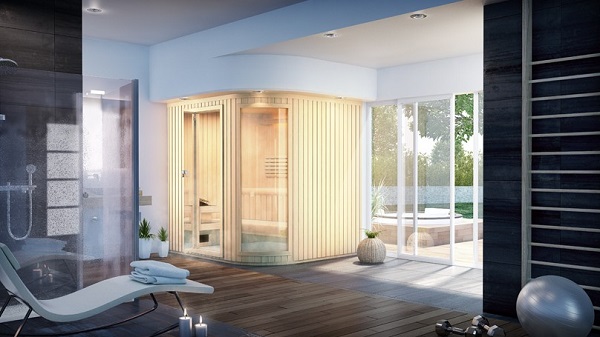 As an Amazon Associate I earn from qualifying purchases.

What’s the thing that helps Amerec stand out from the lot?

Steam rooms are a type of wet heat sauna that offer a variety of sizes and styles. Amerec produces components, such as steam generators, which may be utilized to convert your normal shower into a fully functioning steam room.

The company specializes in the designs and manufacture of commercial steam generators, which are used in spas, health clubs, hotels, and other enterprises where large generators are required for steam rooms that see frequent use.

They have custom-built rooms if you have the space and want to add a bigger, dedicated steam room to your house.

Hence, if you are someone who would love to make your home a better place to live, increase its value quite a lot, and leave an impression of your class on your visitors, then going with a sauna designed by Amerec is probably the best way to go. Amerec, being producing highly customized saunas, has quite a few particular models in store for almost everyone, then be it for commercial or residential use.

All about the Amerec Pacific Series Sauna Room

One such residential sauna Amerec is particularly famous for is its Pacific Series Sauna Room. The Americ Pacific Series Sauna hardly leaves anything to be desired, thanks to its world-class looks, state-of-the-art design, and a heavenly level of comfort. It indeed comes with a considerably long list of features, so we will just have a look at some of the important and most impressive ones:

Amerec is already quite well known for coming up with superbly designed saunas. However, it seems to have gone an extra mile with its new innovation, the Pacific Series Sauna Room. This sauna seems better than almost all of its counterparts hands down, especially when it comes to design and looks. Honestly speaking, a few words surely wouldn’t be enough to describe its beauty. Probably all that can be said about it is that it won’t fail to leave your guests gazing open-mouthed at it! 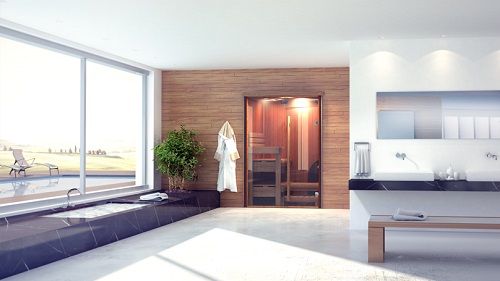 Let paradise wash over you in swaths of ultra-chic pleasure, renewing your spirit in beauty. Pacific’s undulating lines are a continual call to step into a place as wonderful as the miracle from which it derives its name.

Amerec’s Signature Series of saunas has been meticulously constructed and planned, it’s almost hard to believe they’re modular. You’ll feel like you’ve created your very own personal sauna with many options to select from. Each sauna takes only a few hours to put together because of the high level of precision in production.

This is something a lot of you are going to love indeed. After all, most of the sauna rooms, including the most well-designed ones, disappoint when it comes to customizing them according to your needs and preferences. Amerec, however, has always been known for offering its customers highly customizable saunas, and its Pacific Series Sauna Room is no different.

You will be more than delighted to be offered several styles to choose from while going with this sauna. You will probably feel like you have been allowed to design your own personal sauna, covering all your needs and desires.

Well, I know some of you are surprised to see this point as one of the important features of the Pacific Series Sauna Room. After all, for a sauna that’s so very customizable, designed in such a sophisticated way, and built so brilliantly, one would expect the assembly to be horribly difficult and challenging. However, Amerec doesn’t fail to surprise on this front as well by making this sauna pretty easy to assemble.

Amazon and the Amazon logo are trademarks of Amazon.com, Inc, or its affiliates